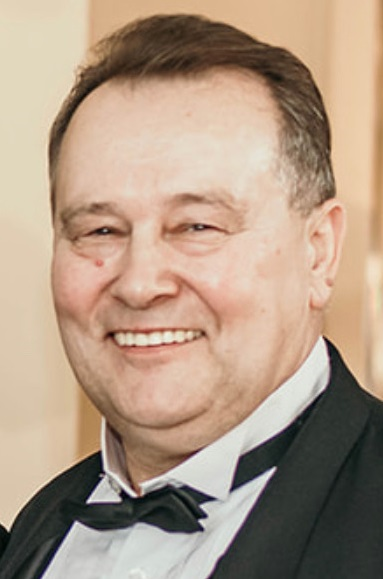 Please share a memory of Pawel to include in a keepsake book for family and friends.
View Tribute Book
Pawel Jan Bednarek, age 66 of Wapwallopen, formerly of Plains, passed away Sunday evening, April 10, 2022 at the Post-Acute Medical Specialty Hospital, Wilkes-Barre. He was born in Kaczanowo, Poland and was the son of the late Jan Pawel and Marta Grossman Bednarek. Pawel had a great love of music, which was first introduced to him by his father, Jan, who taught him to play the violin and piano. Pawel went to the State School of Music in Gniezno, Poland, where he studied flute and piano. He also advanced to the State High School of Music and then to the State Academy of Music, both of Poznan, where he passed his exams with outstanding merits. During Pawel's musical career, he debuted as a soloist with the Poznan Opera in "La Boheme" as Rudolfo. Then, in search of perfection in vocal studies, he continued his voice lessons in Parma, Italy, where he also studied the Italian language. From there, Pawel went on to France where he studied with Professor Victor Zolnierowicz. In 1979 Pawel became a student at the famous Juilliard School of Music in New York City. Pawel's list of achievements consists of many concerts and opera performances in France, Austria, Vienna, Italy, Poland and in the United States. In addition, Pawel spoke five languages and greatly enjoyed conversing with people. Not long after coming to New York City, Pawel met Virginia, who would later become his wife. In 1992, Pawel joined Virginia at her family newspaper, the Greenpoint Gazette, as a publisher where they were very active in the community, until they sold the newspaper in 2006. They then moved to Lancaster, PA for 13 years before finally settling in Luzerne County. Pawel enjoyed many activities, organizations and clubs throughout the years, even serving as the Master Mason for America Lodge No. 284. Pawel belonged to the Third Order of St. Francis of Assisi and the Knights of Columbus. He received a number of awards and honors, including the honor of being the 1997 Marshall in the annual Pulaski Day Parade in NYC. Pawel had many interests in addition to singing which included photography, and he was an avid audiophile, even building his own receiver which he named after his grandson, Anthony. But above all else, Pawel's greatest joy was his family and friends. He was loved by all and will be dearly missed by those whose lives he touched, especially his beloved wife, children and grandchildren In addition to his parents, he was preceded in death by brother, Marian Bednarek Pawel is survived by his wife of almost 43 years, the former Virginia Haines; son, John Paul Bednarek and wife Denise of Lancaster, PA; daughter, Maria Hoeffner and husband Ryan of Shickshinny; brothers, Eugeniusz and Piotr Bednarek; grandchildren, Anthony and Julianna Bednarek; and several nieces, nephews, and cousins. Funeral services will be held Tuesday, April 19, 2022 at 9:30 am from the Curtis L. Swanson Funeral Home, Inc., corner of routes 29 and 118, Pikes Creek. A Mass of Christian Burial will follow at 10:00 AM from the Our Lady of Mt. Carmel Church, 2011 State Route 29, Hunlock Creek, PA 18621, with the Rev. Brian Van Fossen officiating. A Viewing will be held Tuesday from 8:00 AM to 9:30 AM at the funeral home before the service. Interment will be in Bloomingdale Cemetery, Hunlock Creek. Online condolences can be made at clswansonfuneralhome.com
To send flowers to the family or plant a tree in memory of Pawel Bednarek, please visit Tribute Store
Tuesday
19
April

Share Your Memory of
Pawel
Upload Your Memory View All Memories
Be the first to upload a memory!
Share A Memory
Send Flowers
Plant a Tree