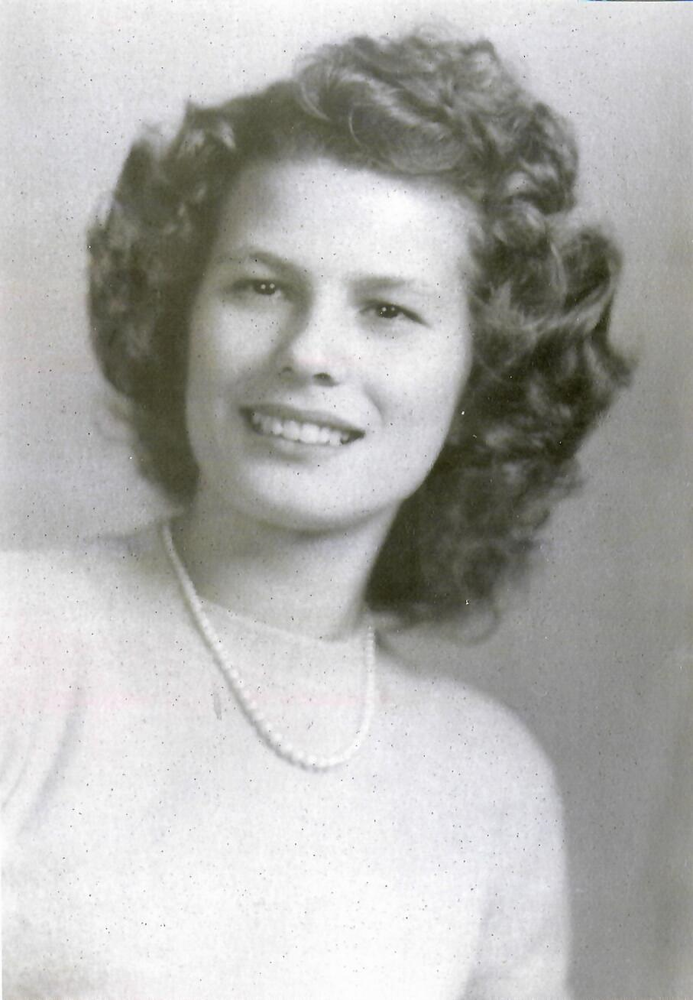 Please share a memory of Eleanor to include in a keepsake book for family and friends.
View Tribute Book
Eleanor Stevens, 91, of Broadway, passed away after a brief illness Wednesday, May 12, 2021, at the Residential Hospice Inpatient Unit at Geisinger South Wilkes-Barre. Eleanor was born May 10, 1930, in Wilkes-Barre, to the late Anthony and Mary Kortis. She spent her early childhood years growing up in Ashley where her father worked as a coal miner. Although the family did not have much in the way of material comforts, she often described her childhood as idyllic due to the deep love and affection that was shared between her parents and her nine siblings. The family later moved to Wilkes-Barre and Eleanor graduated from GAR High School in 1948. She married Malcolm Stevens in 1950 and later settled in the small hamlet of Broadway where she and her husband raised their three children. Those who knew Eleanor will remember her for her loving character and her beautiful voice. She was a long-time member of the choir at the Saint Nicholas Russian Orthodox Church in Wilkes-Barre where her wonderful solos will be long remembered. Eleanor and her beloved sisters Dorothy and Betty formed a singing trio that the family often referred to as the Kortis Sisters as their style was reminiscent of the famous Andrews Sisters. They were often requested to sing at many weddings and numerous other social gatherings. Eleanor also loved to travel. She accompanied her children on many vacations including trips to England, the Hawaiian Islands, and throughout the continental US. But most of all, Eleanor loved her family. She was happiest when holding her grandchildren and, later, her great-grandchildren in her arms while serenading them with a beautiful lullaby. In addition to her parents, she was preceded in death by her husband, Malcolm; sisters, Olga Yakowski, Sonia Wegrzynowicz, and Dorothy Welgus; and brothers, Louis, John, Joseph, and Steven Kortis. She is survived by her daughter, Barbara Hoeffner and her husband George, Broadway; son Anthony and his wife Leslie, Catawissa; son Mark and his wife Roseann, Shickshinny; sisters, Elizabeth Hughes and Mary Machulskis; grandchildren, Todd Hoeffner and his wife Katie, Kingston; Ryan Hoeffner and his wife, Maria, Wilkes-Barre; Joel Hoeffner and his wife, Jennifer, Virginia; Joshua Stevens and his wife Bobby Leigh, Utah; Jennifer Stevens, Kingston; and Zachary Stevens, Plains; and great-grandchildren, Cheyenne, Alexander, Gavin, Hudson, Macabe, Vivian, and Isaac. She will be deeply missed by her family and all who knew her. Her children would like to thank the team of nurses and staff at the Geisinger Wyoming Valley ICU and to the team of nurses and staff at Residential Hospice for the compassionate care they provided to Eleanor in her final days. Private services will be held at the convenience of the family with Archimandrite Michael Thier, officiating. Eleanor will then be laid to rest privately in the Bloomingdale Cemetery with her husband. Arrangements are by the Curtis L. Swanson Funeral Home, Inc., corner of routes 29 and 118, Pikes Creek. Memorial donations may be made to St. Nicholas Russian Orthodox Church, 58 Seneca St., Wilkes-Barre, PA 18702. Online condolences can be made to clswansonfuneralhome.com
To plant a beautiful memorial tree in memory of Eleanor Stevens, please visit our Tree Store

A Memorial Tree was planted for Eleanor
We are deeply sorry for your loss ~ the staff at Curtis L. Swanson
Join in honoring their life - plant a memorial tree
Online Memory & Photo Sharing Event
Online Event
About this Event

Look inside to read what others have shared
Family and friends are coming together online to create a special keepsake. Every memory left on the online obituary will be automatically included in this book.
View Tribute Book
Services for Eleanor Stevens
There are no events scheduled. You can still show your support by planting a tree in memory of Eleanor Stevens.
Plant a tree in memory of Eleanor

Share Your Memory of
Eleanor
Upload Your Memory View All Memories
Be the first to upload a memory!
Share A Memory
Plant a Tree