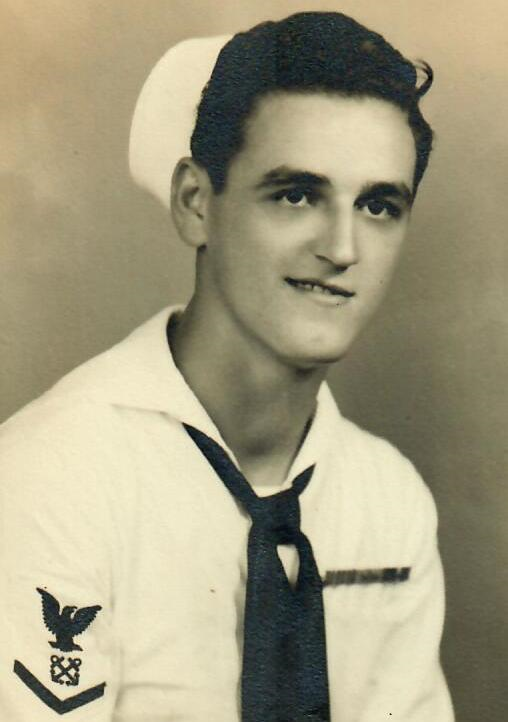 Please share a memory of Stanley to include in a keepsake book for family and friends.
View Tribute Book
Stanley Kapson, age 95 of Harveys Lake , passed away Saturday, December 5, 2020 at the Gardens at Lakeside, Harveys Lake. He was born in Wilkes-Barre on November 22, 1925 and was the son of the late Stanley and Antonia Lignar Kapson. Stanley was raised by Edward and Catherine Kern Gaynor on their farm at Harveys Lake. Stanley attended Laketon High School and served in the US Navy during WWII in the Pacific Theatre on the USS Fayette. He retired from Bell Telephone Company and was a member of the American Legion, Harveys Lake Post 0967 and Telephone Pioneers of America. Stanley was an avid outdoorsman and would fish every day that he could. In addition to his parents, he was preceded in death by wife, Elaine Avery; companion, Ruby Scouton; son, Richard Kapson; sisters, Julia Seputas, Nellie Spitalik, Caroline Jefferies, Jennie Roberts, Mary Kapson, Irene Toole; and son-in-law, Scott Barber. Stanley is survived by sons, David Kapson and wife Gail, Jan Kapson and wife Laurie, and Edward Kapson; daughters, Jennie Martin and husband Jack, Ellen LaRusso and husband Dan, Elaine Barber and companion Randy Rhode; 13 grandchildren; 12 great-grandchildren; best friend, Joe Nielson and his wife Judy; and numerous nieces, nephews, and cousins. A private interment will be in the Chapel Lawn Memorial Park, Dallas, with Pastor David Walker, Dallas United Methodist Church, officiating. Arrangements are by the Curtis L. Swanson Funeral Home, Inc., corner of routes 29 and 118, Pikes Creek. Memorial donations can be made to Patriots Cove, 4334 State Route 29 South, Noxen, PA 18636.
To plant a beautiful memorial tree in memory of Stanley Kapson, please visit our Tree Store

A Memorial Tree was planted for Stanley
We are deeply sorry for your loss ~ the staff at Curtis L. Swanson
Join in honoring their life - plant a memorial tree
Online Memory & Photo Sharing Event
Online Event
About this Event

Look inside to read what others have shared
Family and friends are coming together online to create a special keepsake. Every memory left on the online obituary will be automatically included in this book.
View Tribute Book
Services for Stanley Kapson
There are no events scheduled. You can still show your support by planting a tree in memory of Stanley Kapson.
Plant a tree in memory of Stanley

Share Your Memory of
Stanley
Upload Your Memory View All Memories
Be the first to upload a memory!
Share A Memory
Plant a Tree