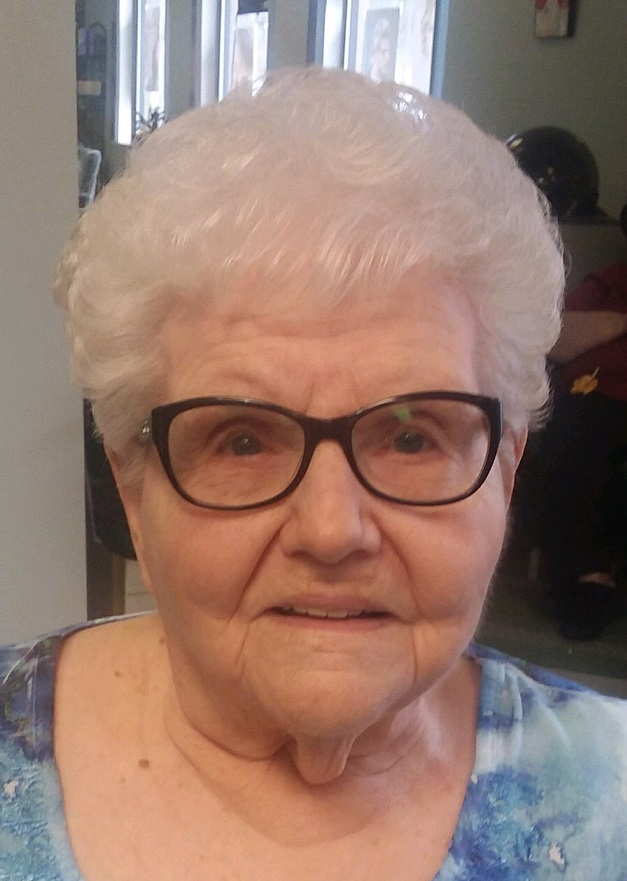 Jessie Davis Hagenbaugh, age 93 of Lehman Twp., passed away at home on Sunday, October 6, 2019. She was born in Kingston on October 12, 1925 and was the daughter of the late John Wesley and Mildred Weber Davis. Jessie moved to Lehman as a teenager and was a graduate of Lehman-Jackson Ross High School, class of 1944. While attending Washington Missionary College in Takoma Park, MD, she met Bill Hagenbaugh at a family picnic and fell in love. They were married on August 26, 1947. Jessie was blessed with a beautiful singing voice and she sang with the John Miliauskas Band in the 1940's. She had the opportunity to pursue a professional singing career but instead was a devoted wife and mother to her 3 children. Jessie also devoted 30 years to the Lehman Twp. Volunteer Fire Co. with the emergency phone dispatching ambulance and fire calls. She was a lifetime member of the Seventh-Day Adventist Church. In addition to her parents, she was preceded in death by her husband of 59 years, William J. Hagenbaugh. Jessie is survived by daughters, Linda Schneider Gregory and her husband Donald of Lehman and Debra Moyer Agnew and her husband Brian of Loyalville; son, William J. Hagenbaugh and his wife Helen of Lehman; grandsons, Kurt and Jaime Schneider of North Carolina, Dr. Jared Schneider and his wife Dr. Christy Gallagher Schneider of Danville and Jack Schneider of Massachusetts; great-granddaughters, Emily and Anna Schneider of North Carolina; brother, John W. Davis of Lehman. Funeral services will be held Monday, October 14, 2019 at 11:00 am from the Curtis L. Swanson Funeral Home, Inc., corner of routes 29 and 118, Pikes Creek, with Pastor M. Moses Andrade, officiating. Visitation will be from 2:00 PM – 4:00 PM on Sunday at the funeral home. Interment will be in Chapel Lawn Memorial Park, Dallas. The family would like to extend a special thanks to Dr. Alan Boonin for the years of wonderful care he gave to their mother and to Hospice of the Sacred Heart for wonderful supportive care given to the family. Also, thanks to the 3rd floor staff of the Meadows Nursing Center for the years of care.

Share Your Memory of
Jessie
Upload Your Memory View All Memories
Be the first to upload a memory!
Share A Memory
Send Flowers