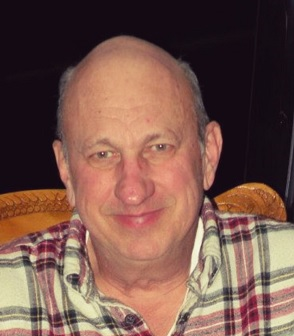 Peter P. Sukaloski, 68, of Lake Township went to be with our Lord on Thursday evening May 16, 2019 at Wilkes-Barre General Hospital.
He was born in Wilkes-Barre, and was the son of the late Peter A. and Stella (Dombkowski) Sukaloski.
After graduating from Hanover Township High School, class of 1968 he joined the United States Army from 1969 to 1974, serving three tours in Vietnam as a Staff Sergeant in the 173rd Airborne Brigade Sky Soldiers.  After returning home from the service, he received his Bachelor of Science degree in business administration from Kings College.  Peter went on to the Pennsylvania State Department of Corrections, Dallas, with 27 years of service until his retirement in 2012.
He was a member the American Legion Post 609 and the Lehigh Sportsman Association. Peter was an avid hunter, fisherman, sports fan, a vintage car collector, motorcycle enthusiast, and Elvis impersonator.  Peter could often be found in great conversation, good banter, and old school humor. Peter was the highlight of gatherings of family and friends, always present with his kind hearted nature and held a profound gift for empathy.  Peter's laughter will be sorely missed, especially during family reunions at Knoebels.
He was preceded in death by his wife of 21 years, Kathleen (Ditty) Sukaloski, on June 9, 2002; brother, John V. Sukaloski; sister-law, Linda Sukaloski, and mother-in-law, Helen Ditty.
Surviving are his daughter, Elizabeth A. (Sukaloski) Roman and her husband Joseph, Sheatown; brother, Michael Sukaloski and wife Judy, Boxford, MA; sister-in-law, Deborah Davis and husband Dennis, Clinton, MO; life-long friend and partner in crime, Patrick Cawley. Peter was a proud Uncle to numerous cousins, nieces and nephews.
Funeral services will be held Thursday, May 23 at 9:30 am from the Curtis L. Swanson Funeral Home, Inc., corner of routes 29 & 118, Pikes Creek followed by a mass of Christian Burial at 10:00 am from Our Lady of Mt. Carmel Church, Lake Silkworh with Rev. Alex J. Roche officiating.
Family and friends may call at the funeral home on Wednesday from 5 p.m. to 8 p.m.
Memorial donations in memory of Peter may be made to the Little Eric's Foundation, P. O. Box 1004, Pittston, PA 18640.

To plant a tree in memory of Peter Sukaloski, please visit Tribute Store
Wednesday
22
May

Share Your Memory of
Peter
Upload Your Memory View All Memories
Be the first to upload a memory!
Share A Memory
Plant a Tree