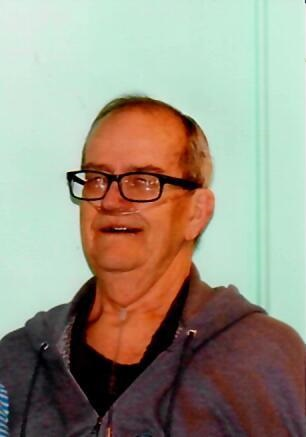 Please share a memory of Barry to include in a keepsake book for family and friends.
View Tribute Book
Barry Coombs, 73, passed away October 19th following a lengthy illness at University of Pennsylvania Hospital in Philadelphia. Born January 1st, 1949 he was the son of the late Elbert and Margaret Coombs. Barry was a proud Veteran who served the Navy on the USS Albany CG10 during the Vietnam Conflict. He was a hard worker and was employed by numerous companies as an OTR truck driver alongside his wife for over 45 years. He was always a joy and especially enjoyed dining out with friends and breakfast mornings with his brothers. Barry is survived by his wife of 47 years Emma (Titus) Coombs. He is survived by three brothers Charlie (Peg), Brian (Charlene), and Kevin (Michelle). He was a role model to three stepchildren Robert Beitz (Carol), Frank Beitz (Kim), and Irene Yorks (Jay). He was a beloved Pop Pop to 7 grandsons. Cody Beitz, Austin Yorks, Robby Beitz, Jonathan Yorks, Michael Beitz, Levi Yorks, and Jacob Yorks. He was also Grand Pop to three great grandchildren. Numerous nieces and nephews from both sides of the family who loved him dearly. He was preceded in death by a sister Sharon Sink and a brother Kenneth Coombs. A visitation will be held Tuesday, October 25, 2022 from 4:00 PM – 6:00 PM from the Curtis L. Swanson Funeral Home, Inc., corner of routes 29 and 118, Pikes Creek. Military honors will immediately follow the visitation at the funeral home. In lieu of flowers, please consider a donation to help defray costs for his widow: https://www.gofundme.com/f/defray-final-expenses Until we meet again "Roll On and Watch the Ice". Online condolences can be made at clswansonfuneralhome.com
To send flowers to the family or plant a tree in memory of Barry Coombs, please visit Tribute Store
Tuesday
25
October

Share Your Memory of
Barry
Upload Your Memory View All Memories
Be the first to upload a memory!
Share A Memory
Send Flowers
Plant a Tree