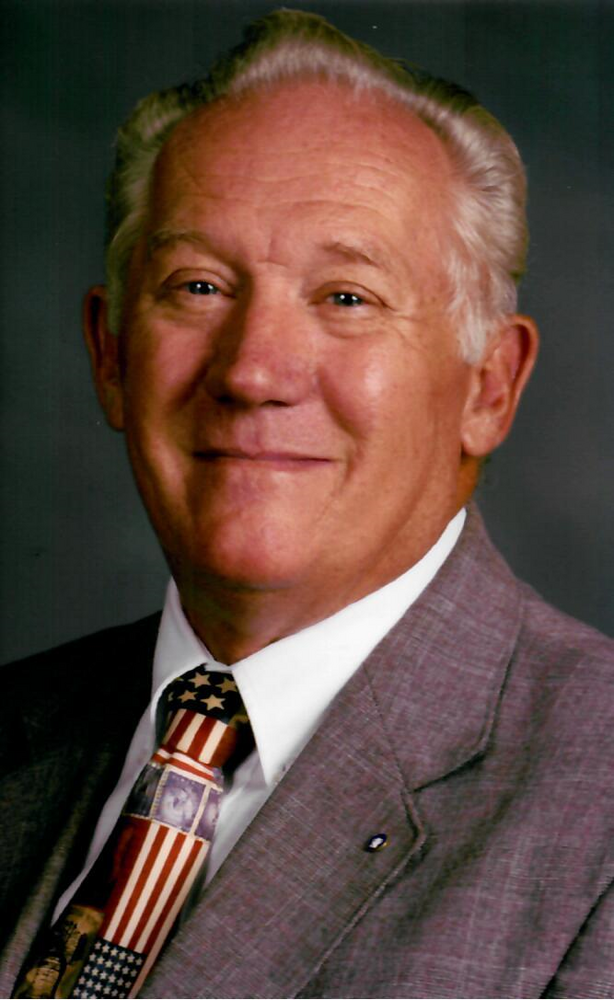 Please share a memory of Arthur to include in a keepsake book for family and friends.
View Tribute Book
On August 29, 2022, Arthur Saxe finally met his Savior, Jesus, face to face. His old, weak body is now restored, his lungs are able to shout His glory, and his heart is again strong. In recent years, his lungs did not allow him to sing, but surely he's now belting out "Oh, that will be, glory for me…when by His grace I shall look on His face, that will be glory, be glory for me!" Arthur was born to the late Merritt and Edna Stone Saxe. He was 80 years old. Arthur taught proudly at Luzerne County Community College for 41 years. He was one of LCCC's biggest cheerleaders and taught Math and Computer Science. Sadly, both of his children had to take him for four semesters—but, in the end they all ended up on speaking terms. Miracles do exist! He also founded SBHB Tax Associates. Prior to LCCC, Art enlisted in the Army and served as a Specialist Class 4 in Germany. He then worked in the Pentagon, but eventually returned to Pennsylvania and married his very devoted farmgirl bride (as he liked to call her), Barbara Johnson. They celebrated their 57th anniversary this year. For many years, WRGN's More-Than-a-Yard Sale was held at his family's farm. He was a member of the Gideon's for several decades and was an active member of Calvary Bible Chapel in Hunlock Creek. Art was a volunteer with Fairmount Fire and Ambulance. In fact, after Barb became an EMT, Art decided to learn how to drive the ambulance so the two of them could go on calls more quickly. Initially, she didn't tell him that to drive the ambulance he'd have to become an EMT. So, the man who hated blood, who would not tolerate any "medical type" discussions at the dinner table, who dealt with others' pain by handing them off to anyone else—THAT man, dedicated himself to studying diligently for many months and, sure enough, he became an EMT. In addition to his wife, he is survived by his daughter, Wendy; his son, Chip, and his wife, Lori; his grandsons, Sam and Matt, who he loved dearly and who called him Silly PopPop; his sister, Marion, and brother-in-law, Roger Wandell; his faithful canine companion, Buddy; many nieces and nephews; and several good and godly men he was blessed to call his friends. We will miss our husband/dad/pop pop/friend, but we do not despair because we have hope. We will see him again. We know where he is. If Art could request anything of you, he'd ask for you to stop and have a sit-down meal with your family or pause and truly count your blessings, for we all have an over-abundance of things we're blessed with. Above all, he'd sincerely want you to know that we are all sinners, we've all messed up…but Jesus wants us to come to Him just as we are, dirt and scars and ugliness, and accept Jesus' free gift of salvation. He's already paid the price for us to get into Heaven. ALL we have to do is accept His free gift. Thank you to the Sweet Valley Ambulance volunteers and the Back Mountain Fire and EMS medics for their efforts and compassion. You are a blessing to us all and a treasure to your profession. May God richly bless and keep each of you. Funeral services will be held Saturday, September 3, 2022 at 11:00 am from the Curtis L. Swanson Funeral Home, Inc., corner of routes 29 and 118, Pikes Creek, with Pastor Neil Martin of the Calvary Bible Chapel, officiating. Visitation will be from 9:00 am to 11:00 am prior to the service at the funeral home. Interment will be in Bethel Hill Cemetery, Sweet Valley. In lieu of flowers, memorial donations can be made to the charity of the donor's choice listed above in the obituary.
To send flowers to the family or plant a tree in memory of Arthur Saxe, please visit Tribute Store
Saturday
3
September

Share Your Memory of
Arthur
Upload Your Memory View All Memories
Be the first to upload a memory!
Share A Memory
Send Flowers
Plant a Tree