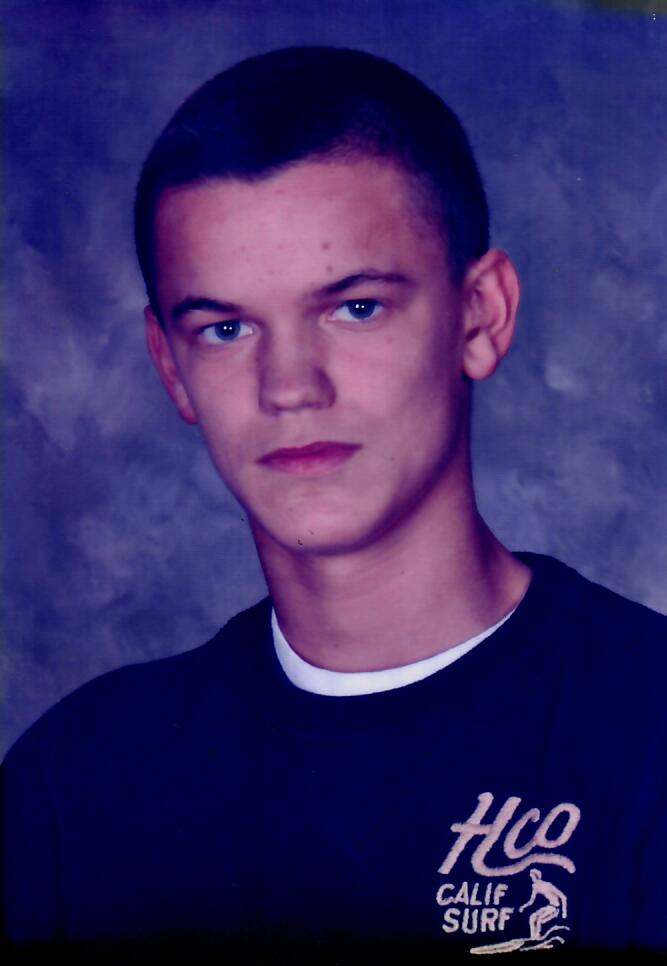 Please share a memory of Kiefer to include in a keepsake book for family and friends.
View Tribute Book
Kiefer Patrick Walsh, age 25 of Sweet Valley, passed away unexpectedly Tuesday, August 16, 2022 due to mental illness. Kiefer is now completely healed in heaven, as he was a strong believer in Jesus Christ. He was born in Kingston on February 25, 1997 and was the son of Deanna Barber Stuart and her husband Douglas of Sweet Valley and the late William Walsh. In his childhood years Kiefer was always laughing, smiling, and most often you would see him playing basketball. If a hoop was not near by, Kiefer would still practice by doing air shots. He spent hours shooting hoops with his best friend, Joe Tranell. Kiefer had dreams of someday being in the NBA. When he wasn't shooting hoops, he enjoyed making people laugh. He loved doing skits, and his most popular one can be found on youtube "James O'Keefy Opening." He was a very handsome boy and often got told that he looked like Justin Bieber. Kiefer attended Youth Group at the Harvest Assembly of God, and was saved by the precious blood of Jesus. Kiefer was baptized in water immersion in Bowmans Creek. He enjoyed going on trips with Youth Group, and attending Christian music festivals with his family. Unfortunately in his early adulthood, he developed bipolar depression. He tried to self medicate with alcohol, which lead to psychosis and later would be diagnosed with schizophrenia. His family would like to thank First Hospital for giving Kiefer knowledge on his diagnosis. Kiefer received the Invega once a month shot, that was helping significantly, up until the recent tragic loss of his father. Kiefer's family wants others to be aware of mental disorders and the dangers of mixing alcohol while being treated. There are treatments out there that can help you live a fulfilled life. Most importantly, you never know when your last day will be. You need to be ready and know for sure where your spirit and soul will spend eternity. We are thankful to know Kiefer is in heaven, and those of us who have accepted Jesus Christ as our savior will see him again. In addition to his father, Kiefer is preceded in death by aunt, Crystale Barber, uncle, Brian Suder and paternal grandfather, Ned Walsh, Sr. In addition to his mother and step-father, Kiefer is survived by brother, William Cody Walsh; sister, Kayla Joy Walsh and her son, Robert "RJ" Schrack; maternal grandparents, Boyd and Linda Barber of Harveys Lake; paternal grandparents, June and Lee Littleford; numerous aunts, uncles and cousins. Funeral services will be held Saturday, August 20, 2022 at 1:00 PM from Sweet Valley Church of Christ, 5439 Main Road, Sweet Valley, PA 18656, with Pastor Rocky Bonomo, officiating. Visitation will be from 11:00 AM to 1:00 PM at the church prior to the service. Private interment will be held at the convenience of the family at Orcutt's Grove Cemetery, Noxen. Arrangements are by Curtis L. Swanson Funeral Home, Inc., corner of routes 29 and 118, Pikes Creek. Online condolences can be made at clswansonfuneralhome.com
To send flowers to the family or plant a tree in memory of Kiefer Walsh, please visit Tribute Store
Saturday
20
August

Share Your Memory of
Kiefer
Upload Your Memory View All Memories
Be the first to upload a memory!
Share A Memory
Send Flowers
Plant a Tree