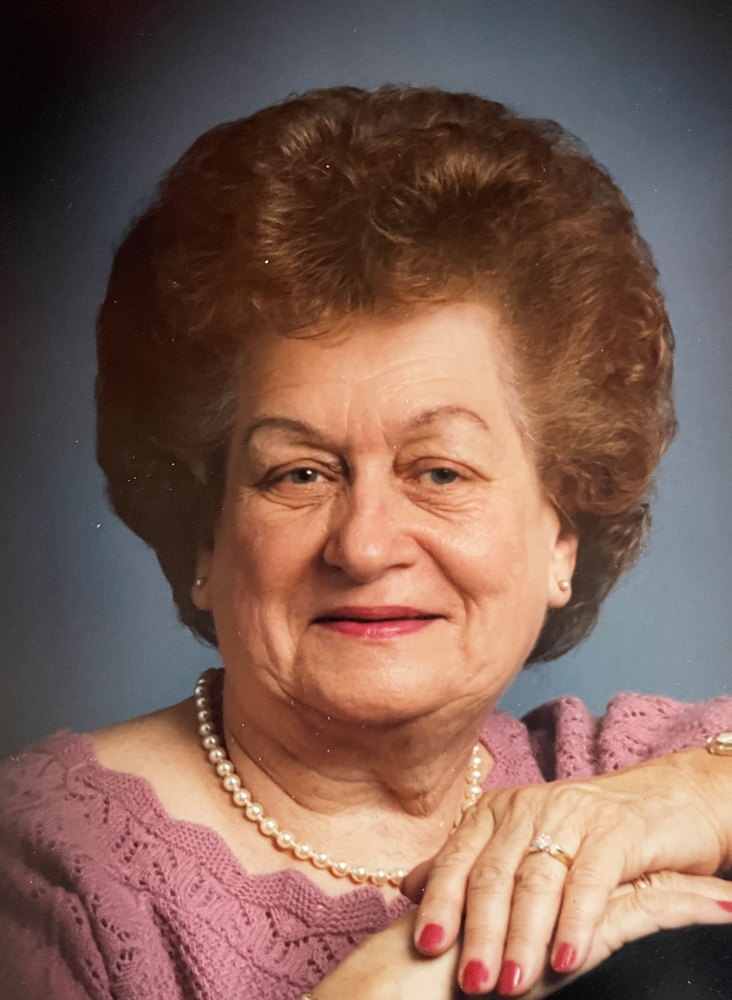 Please share a memory of Florence to include in a keepsake book for family and friends.
View Tribute Book
On Thursday, March, 24, 2022, Florence Tekla Fostock Swartz, loving sister, mother, grandmother and great-grandmother, passed away at the age of 93. Florence was born on January 28, 1929 in Plymouth Township, Pennsylvania to John and Sophie (Dudek) Fostock. She attended Harter High School, graduating in 1947. In 1950 she married Benjamin Swartz. After their marriage, they lived in Plymouth before moving to Lake Silkworth where they built their home together and raised their four children. During her lifetime, she was an entertainer by playing her accordion at special events, worked in the garment industry, in the office at American Asphalt, and as a waitress, and was also a notary public for many years. Florence lived a life filled with love. In addition to her four children, she has eight grandchildren and five great grandchildren. She has passed along Polish traditions, centered in comfort foods such as pierogies, halupkis, haluski, kielbasi and borscht, just to name a few of her favorites. Florence also had a penchant for dancing, especially doing the polka at many church bazaars and festivals and the babushka dance at weddings. She loved the outdoors and flowers, especially sunflowers, and gardening in her many flower beds and straightening the rock wall in the stream that ran through her yard. Florence enjoyed a good ‘circle the word’ book, always having her glasses and black Bic pen at the ready. In her senior years, she became a resident at the Meadows Manor in Dallas where she enjoyed bingo and watching the ducks on the pond. She was a member of Our Lady of Mt. Carmel Church, Lake Silkworth. She is a past member of the Lake Silkworth Volunteer Fire and Ambulance Association and a former member of the VFW Ladies Auxiliary. Along with her parents, she is preceded in death by her husband, Benjamin Swartz, her son, Jerome Swartz, and brothers, Joseph Fostock and John Fostock. Surviving are her children, Joanita (Joseph) Salla, Loyalville, PA, Christopher Swartz, Sweet Valley, PA, Annette (David) Datz, Kona, HI, and Holly Ungrady and her fiance, Todd Chevalier, Naugatuck, CT, her grandchildren, Jared (Melissa) Salla, Arianne (William) Salla Hedgepeth, Nathan (Danielle) Swartz, Alex George, Nicole George, Benjamin Ungrady, Sophia Ungrady and Jonathan Ungrady, her great grandchildren Colin Salla, Elise Salla, Lily Swartz, Julia Swartz and Benjamin Swartz, and brother, Thomas (Marcia) Fostock, Shavertown, as well as numerous extended family members. Funeral services will be held Tuesday, March 29, 2022 at 9:30 am from the Curtis L. Swanson Funeral Home, Inc., corner of Routes 29 and 118, Pikes Creek. A Mass of Christian Burial will follow at 10:00 am from Our Lady of Mt. Carmel Church, 2011 State Route 29, Hunlock Creek, PA 18621, with Rev. Sixtus Appiah Kyeremeh, officiating. Visitation will be held on Monday, March 28, 2022, from 5:00 to 7:00 pm; as well as on Tuesday from 8:30 to 9:30 am before the service. Interment will take place immediately following in St. Mary’s Cemetery, Plymouth Township. Online condolences can be made at clswansonfuneralhome.com
To send flowers to the family or plant a tree in memory of Florence Swartz, please visit Tribute Store
Monday
28
March

Share Your Memory of
Florence
Upload Your Memory View All Memories
Be the first to upload a memory!
Share A Memory
Send Flowers
Plant a Tree