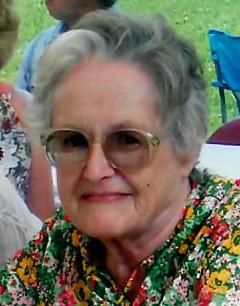 Please share a memory of Shirley to include in a keepsake book for family and friends.
View Tribute Book
Shirley (Park) Cook, age 82 of Lehman, went to her eternal home Tuesday, January 25, 2022. She was born on August 10, 1939 and was the daughter of the late Robert and Anna Lamoreaux Park. Shirley graduated from Lehman High School, and later obtained her associate's degree as an LPN from Wilkes-Barre Area Vocational Technical School. She was employed by the former Maple Hill Nursing Home, Lehman. In addition to her parents, she was preceded in death by son, James Carl Cook and half-brother, Robert Park. Shirley is survived by her husband of 65 years, Carl Cook; daughter, Myrtle Chamberlain and her husband Scott of Lehman; half-brother, Rick Park; half-sisters, Charlene Laurick, Susan Yogodzinski, Deb Doughton, and Ellen O' Connell; grandchildren, Brenda Dunn and her husband Ben, and their daughter, Hannah; Christopher Chamberlain and his wife Jennifer, and their four children, Katherine, Mackenzie, Hailey, and Madison; Zachary Chamberlain and his wife Jolene, and their children, Haddon and Addison; and Joshua Chamberlain; and numerous nieces and nephews. Funeral services will be held Friday, January 28, 2022 at 11:00 from the Curtis L. Swanson Funeral Home, Inc., corner of routes 29 and 118, Pikes Creek, with her grandson, Zach Chamberlain of the Welsh Baptist Church, officiating. A visitation will be held from 10:00 AM to 11:00 AM before the service at the funeral home. Memorial donations can be made to Pathways Pregnancy Health Center, 400 Pierce Street, Suite 320, Kingston, PA 18704. Online condolences can be made at clswansonfuneralhome.com
To send flowers to the family or plant a tree in memory of Shirley Cook, please visit Tribute Store
Friday
28
January

Share Your Memory of
Shirley
Upload Your Memory View All Memories
Be the first to upload a memory!
Share A Memory
Send Flowers
Plant a Tree