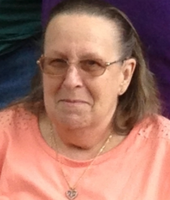 Joan I. Swire, age 73 of Sweet Valley passed away Thursday, April 1, 2021 at the Gardens At Tunkhannock. She was born in Wilkes-Barre on February 26, 1948 and was the daughter of the late Bruce, Sr. and Mary Murphy Patton. Joan attended Lehman School District and worked as a seamstress for Nancy Fashions in Noxen and later for Leslie Faye in Wilkes-Barre. She then received a diploma in Pharmacy Tech and worked as a pharmacy technician for over 25 years. Joan was a loving wife, mother, sister and grandmother. In addition to her parents, she was preceded in death by brothers, Michael Bielecki and Bruce Patton, Jr. She is survived by husband, Wayne Swire; children, Vicky Scudillo, Wayne T. Swire (Veronica), David Traver (Gail), Jeff Swire (Melissa), Amy Cuthbertson (Gary) and Chris Traver, Sr. (Deb); brothers, Charles Patton (Susan) and Richard Patton (Holly); sisters, Florence Klapat (Richard) and Linda Babb; 16 grandchildren and 8 great-grandchildren; numerous nieces, nephews and cousins. Funeral services will be held Monday, April 5, 2021 at 1:00 PM from the Curtis L. Swanson Funeral Home, Inc., corner of routes 29 and 118, Pikes Creek, with Pastor Ben Hubbell of the Noxen Bible Baptist Church, officiating. Visitation will be from 11:00 AM – 1:00 PM prior to the service at the funeral home. Interment will be in Chapel Lawn Memorial Park, Dallas. In lieu of flowers, memorial donations can be made to Patriot’s Cove, 4334 PA-29 South, Noxen, PA 18636. Online condolences can be made at clswansonfuneralhome.com