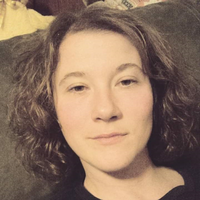 Tabitha Joy Flint, age 39 of Danville, passed away peacefully Wednesday, August 12, 2020 at home, surrounded by her loving family. She was born in Wilkes-Barre on June 27, 1981 and was the daughter of Kenneth and Karen Weaver Eaton. Tabitha graduated from Lake-Lehman High School in 1999 and received her associates degree from Central Susquehanna LPN Career Center. She was employed by Bayada Home Health as a pediatrics LPN. Tabitha was a member of Grace Covenant Community Church, Middleburg and was a former member of the Lehman-Idetown United Methodist Church. She enjoyed camping, dining out, road trips to Punxsutawney and antiquing. Tabitha was a loving wife, mother, daughter, and friend. She had a love of music and would sing to any tune that came on the air. She was preceded in death by brother, Charles L. Beck, paternal grandparents, Everal "Ben" and Dorothy Eaton, maternal grandparents, Charles and Carolyn Weaver, aunt, Deborah Doughton and uncles, Elwood and Charles D. Weaver. Tabitha is survived by her husband of 1 ½ years, Josh Flint; sons, Colten, Wyett, Issiah, and Brady; daughters, Emily and Olive; brother, Thomas; sisters, Hope and April; numerous aunts, uncles, nieces, nephews and cousins. Funeral services will be held Sunday, August 16, 2020 at 3:00 PM from the Curtis L. Swanson Funeral Home, Inc., corner of routes 29 and 118, Pikes Creek, with Pastor Laura Kyler of the Lehman-Idetown United Methodist Church, officiating. Visitation will be from 1:00 PM to 3:00 PM prior to the service at the funeral home.