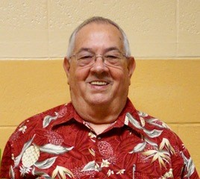 H. Robert (Bob) Ash, 81, formerly of Trucksville passed away on Wednesday, August 4, 2020 at his son's home in Sweet Valley. Born in 1939, Mr. Ash was the son of the late Harold K. and Mae Ash of Shavertown. He was a graduate of the Westmoreland High School Class of 1957 and a master plumber prior to his retirement from Eastern Penn Supply Company, Wilkes-Barre. During his career, he worked as a Pipefitter and Welder for Air Products and Chemicals, Hanover, and a Senior Maintenance Supervisor for the Leslie Fay Company, Plains. Mr. Ash served in the United States Navy as a Seabee, detachment MCB-7, and was honorably discharged from active duty in 1960. Mr. Ash was a member of the Trucksville United Methodist Church, a life member of the George M. Dallas Lodge No. 531, a member of the Caldwell Consistory and Irem Temple. He also served as a former Boy Scout Leader with Pack and Troop 155, Trucksville. He was preceded in death by his wife Jane Ash in 2013. The couple had been married for 52 years and enjoyed camping and square dancing. They were formerly active with the northeastern PA chapter of the Good Sam Club, the PA 76ers and the Wilkes-Barre Circle 8ers Square Dance Club. Surviving are his son Dr. John R. Ash and his wife Patricia of Sweet Valley, daughter Pamela Hoffmaster and her husband Terry of Sinking Spring, PA, and grandchildren Michelle K. Ash, Ph.D.(c) of Chicago, Christopher J. Ash and Matthew P. Ash of Sweet Valley, and Jared Hoffmaster of Sinking Spring, PA. Mr. Ash is also survived by his brother Thomas S. Ash and his wife Linda of Shavertown and his companion Barbara Schall of Trucksville. A private memorial service will be announced in the future at the Trucksville United Methodist Church. Memorial contributions may be made to the Trucksville United Methodist Church, 40 Knob Hill Rd., Trucksville, PA 18708 or Meals on Wheels of Wyoming Valley, 190 S. Sprague Ave., Kingston, PA 18704 or the Trucksville Volunteer Fire Company, 11 Carverton Rd., Trucksville, PA 18708. Arrangements are entrusted to the Curtis L. Swanson Funeral Home, Inc., corner of routes 29 and 118, Pikes Creek.