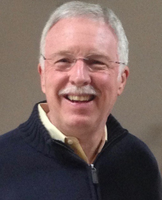 Joseph Rosencrans, age 66 of State College, formerly of West Wyoming, passed away on Monday June 15, 2020 at the Bonham's Nursing Center, Stillwater, surrounded by his loving family. He was born in Kingston on August 17, 1953 and was the son of Adele Morrissey Rosencrans of West Wyoming and the late Joseph A. Rosencrans, Sr. He began his career in law enforcement with the FBI and then dedicated his work to the US Capitol Police. During that time, he served on the SWAT team and, as a Special Agent, founded and lead the Department of CounterMeasures. He also oversaw the technical security construction program for the Capitol Visitor Center. After retiring, Joe continued to serve for the department as a federal contractor. He was involved with recreational sports leagues in his community and was an avid hunter. His favorite pastimes were golfing, fishing and following Penn State sports. Joe is survived by his wife of 36 years, the former Beth Dluzeski; son, Joseph G. Rosencrans of MD; daughter, Christine Rolinec and husband Greg of Bunnlevel, NC. Visitation will be held on Friday, June 19, 2020 from 6:00 PM to 8:00 PM. Due to COVID-19, restrictions have been put in place by the CDC and Pennsylvania Department of Health. For the visitation at the funeral home, we will be limiting the number of guests in at one time to 25 people. Please pay your respects in a timely fashion so others have the same opportunity. A Memorial Mass of Christian Burial will be held at the convenience of the family at the Christ the King Church, Benton, with Father Olusola Adewole, officiating. Arrangements are by the Curtis L. Swanson Funeral Home, Inc. corners of routes 29 and 118, Pikes Creek.