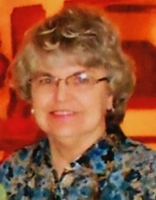 Jennie M. Rice, age 70 of Mechanicsburg, formerly of Jackson Twp., passed away Tuesday, October 15, 2019 at Bridges at Bent Creek, Mechanicsburg. She was born in Kingston on June 28, 1949 and was the daughter of the late Stephen and Josephine Kava Radonavitch. Jennie graduated from Lake-Lehman High School in 1967 and was employed by Quest Diagnostics in Horsham, PA for 14 years. Her life was a living example of Bible verse, Ephesians 4:32 — "And be kind and compassionate to one another, forgiving one another, just as God also forgave you in Christ." Most of all she loved her family and enjoyed spending time with them. She will be dearly missed and forever in our hearts. In addition to her parents, she was preceded in death by her husband, Donald R. Rice, brother, Robert Radonavitch, sister, Josephine Bunney and nephew, Steven Radonavitch. Jennie is survived by her son, Douglas Rice and his wife Lori of Mechanicsburg; step-children, Donald Rice and his wife Mary of Harvey's Lake, Daniel Rice of Ohio, Donna Bonavina of Wilkes-Barre, Patti Mirra of Wilkes-Barre; sister-in-law, Patricia Radonavitch of Dallas; nephew, Bill Radonavitch of New York; 14 grandchildren and 8 great grandchildren. A private graveside service will be held at Chapel Lawn Memorial Park, Dallas. Arrangements are by the Curtis L. Swanson Funeral Home, Inc., corner of routes 29 and 118, Pikes Creek.