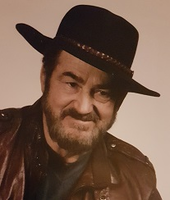 He was employed by the U.S. Army and was a disabled veteran from World War II.

Charles was a member of St. Luke’s Reformation Lutheran Church, Noxen, the American Legion, and the Gun Association.

Funeral service will be held Saturday, December 29, 2018 at 11:00 AM from the Curtis L. Swanson Funeral Home, Inc., corner of routes 29 & 118, Pikes Creek with Pastor Ben Hubble of the Noxen Bible Baptist Church officiating.

Interment will be in the Orcutt’s Grove Cemetery, Noxen.

Visitation will be from 6-8 PM on Friday, December 28 at the funeral home.