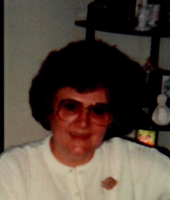 Betty Joan Baer Fink, age 87 of Sweet Valley, passed away Friday, July 29, 2022 surrounded by her loving family, at the home of her son, John Harry Fink, Jr. She was born in Hunlock Twp. on May 19, 1935 and was the daughter of the late John Albert and Louise Beatrice Searfoss Baer. Betty worked at Grants Dept. Store in Nanticoke and Weis Market in Dallas but spent most of her adult life as a homemaker. She spent much time with her grandchildren who loved and adored her. In addition to her parents, she was preceded in death by her husband of 68 years, John Harry Fink, Sr.; brothers, John Baer, Jr. and James Baer; sister, Jean Baer Fogg; grandson, Jared Fink. Betty is survived by her sons, John Harry Fink, Jr. and his wife Peggy of Shickshinny and Terry Lee Fink and his wife Sue of Stillwater; several grandchildren and great-grandchildren. Funeral services will be held Wednesday, August 3, 2022 at 4:00 PM from the Curtis L. Swanson Funeral Home, Inc., corner of routes 29 and 118, Pikes Creek, with Pastor Neil Martin of the Calvary Bible Chapel, officiating. Visitation will be from 3:00 PM to 4:00 PM prior to the service at the funeral home. Online condolences can be made at clswansonfuneralhome.com